Sapirstein investigates the population of the Attic vase painting industry in the 6th and 5th centuries. He notes that thus far, from the interpretation of the physical evidence (including what we have of literary or epigraphic sources), the industry has been generally understood as small independent workshops under a lead potter. Arguably, there were less Attic painters and potters than would be suggested by Beazley’s designations. Looking at the contrast in production patterns between Makron and Exekias, he suggests that individuals could have worked as potters, painting occasionally, or as full time specialists (497). “Specialist painters in competition with their peers would tend to decorate similar numbers of vases each year, whereas potters could choose what portion of their time they spent painting, leading to more variation in their output as painters.” He operates under the assumption that painters were more mobile than potters, because the potters would have needed to adhere to the demands of their workshop. Though skillful painters would have probably formed relationships with certain potters and workshops. “Signatures are rare and at best provide an incomplete record of an artisan’s collaborations” (500).

This work is licensed under a Creative Commons Attribution-NonCommercial-NoDerivatives 4.0 International License.
Visualization created with Sketchup 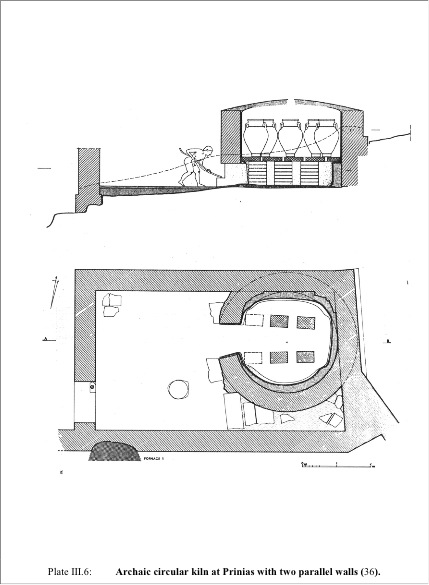